Do You Ever Hear Your Child Talk About A Skittles Party?

Most people know that Skittles are small hard candies that come in multiple colors and flavors. Oddly enough, Skittles have become associated with drug use by youth in not just one but actually several ways.

When youth gather together and pool a supply of prescription drugs, it’s said that they are all placed in a bowl that anyone can sample from. That’s called a Skittles Party. Those wanting to get high take out one or a few pills without regard for the type of drug they contain. They could be stimulants (uppers) like Adderall, Ritalin or Concerta. Or they could be benzodiazepines, an anti-anxiety medication that makes a person more relaxed, or opiate painkillers that create euphoria and sleepiness. There are many types of prescription drugs that are being abused by youth.

Or Skittles could refer to the use of cough medications that are abused for their high. Cough suppressants with dextromethorphan are frequently drunk straight or mixed with other substances. Families may not suspect their children of abusing this drug and so may have these drugs in the home in the form of bottles of cough syrup left over from earlier illnesses. This is not commonly known as a Skittles Party but may be called Robo-Tripping (after Robitussin) or Skittling.

When a person ingests 100-200 milligrams of the drug itself, they feel mildly stimulated. When they have taken 200-400, the euphoria kicks in and the person may start hallucinating. Visual perceptions distort at 300-600 mg and they lose motor control like they are drunk. If a person gets to 500 or more mg, they are likely to experience dissociative sedation. They are going to be pretty out of it.

Oddly enough, there are more ways Skittles come up when you’re talking about substance abuse. It’s popular with some crowds to dissolve Skittles in pure vodka, sorting the colored candies by color and flavoring and coloring the vodka as desired. The vodka is both flavored and colored by the candies.

And last, when some people go to clubs and take pills with them, they may carry Skittles packages and hide their pills in them.

Certainly, it is odd to have a single type of candy so closely associated with drug and alcohol abuse.

Dextromethorphan And Prescription Drugs Are Addictive

One thing is fairly certain: Very few people who wind up addicted ever intended to become addicted when they started. Some people may start by selecting pills out of a bowl or ingesting a couple hundred milligrams of cough medication. When the abuse becomes a habit, then it may quickly develop into an addiction. At that point, the person loses his (or her) power of choice to a very great degree. The cravings and the damage a person has done to himself are enough for him to make the decision to continue to use these drugs over and over again.

Families Find Effective Recovery for a Loved One

Families who choose Narconon drug and alcohol rehabilitation program find that this program agrees with their principles or values, or perhaps they have already been through several rehab experiences before and are looking for something effective and more appropriate. In many cases, the family who sends one of their members to Narconon for rehab often says, at the end of the program, that they have their loved one back again. In other words, the emotional connection is there that was missing all those years that their son, daughter, spouse or other family member was using drugs.

Skittles Party By Teens Is Not What It Seems

A Skittles party could take the form of a home filled with teenagers where everyone brings all the prescription medications they have on hand and pool them. Then anyone at the party who wants to abuse a pill just dips in and grabs whatever they want. 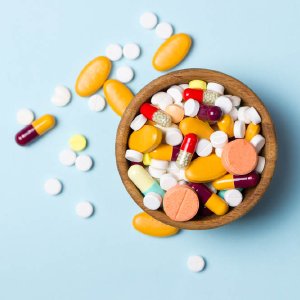 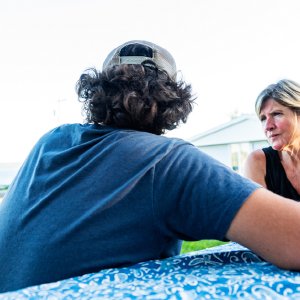