It is completely normal for us parents to be more than a little bit concerned with protecting our children’s health. We want our kids to be healthy, happy, and to live well. And being healthy means a whole lot more than just being physically healthy too. It also means being mentally healthy. In an age where medications are prescribed like candy and where addiction to those meds runs rampant, we have to ask the serious question, should we be medicating our kids? The answer is probably not.

And those are just a few of the gruesome side-effects that come about in the millions of kids who take mind-altering pharmaceuticals. And these are not even fool-proof drugs either. The science behind these psychotropic medications are sometimes dubious, and the effects are often not fully understood.

According to WebMD, about five million children have been labeled with a mental disorder. About twenty percent of kids at any given time are diagnosed with such an illness. Kids get diagnoses handed to them just as easily as the lunch lady hands them their food at the school cafeteria. Billy has ADHD, Sally has anxiety, Timmy has depression, Sarah has bipolar schizophrenia, and so on. And with those diagnoses comes pill bottles of mind-altering and addiction-inducing substances. Years ago we just labeled them “kids” and the only prescriptions were TIME and LOVE.

Dr. Joseph Mercola, a specialist of holistic health with a general wealth of information, penned a composition on America’s overmedication of children, what that does to kids, the addiction risks that follow, and why we need to change our stance on this. He muses, saying “What happens to children when they are medicated at a very young age, during some key formative years? Do they grow up never knowing who they really are? What passions might they have developed were it not for the drug’s influence?”

Wouldn’t we want to address these factors first? Wouldn’t we want to at least look for them? But the sad truth is that most pediatricians and most parents ignore the situational circumstances that impinge on kids, and instead, they go straight to beating the drum of mental health that our nation is so focused on nowadays. It is faster to just write a prescription rather than to investigate the cause.

And no matter why some people medicate kids and no matter what reasons or justifications they might have in doing so, the one point that almost always gets ignored is the addiction risk that comes about as a result of medicating kids.

Setting Kids Up for Failure and a Drug Problem to Boot

According to the National Health Interview Survey, seven-and-a-half percent of children between the ages of six and seventeen are now taking a medication prescribed for:

And sales for these types of antipsychotic drugs for children have increased by more than eight-hundred percent since 1993. This is compared to only a two-hundred percent increase in sales of the same types of drugs for adults. That’s just ridiculous. Such a skyrocket would normally purport that there was a sweeping health change amongst adolescents that, “Necessitated a massive increase in the medication of such kids so as to help them cope with their health change.”

But that’s not what occurred at all. Kids didn’t change. We did. We changed because we allowed the aggressive sales tactics and illegal activities of drug companies to push highly addictive drugs on our children. Again, Dr. Mercola speaks on this issue, saying that “Aggressive, and oftentimes illegal, marketing by drug companies is believed to be a major contributing factor to skyrocketing misuse of antipsychotic drugs in children. In recent years, a number of major manufacturers of atypical antipsychotics have been caught illegally marketing their drugs for unapproved uses in children and adolescents.”

When we put our kids on high-strength medications, mind-altering substances that alter the very way our kids think and which give them a chemical dependence, we are forcing a change on their young bodies and minds that is simply not okay. We are also sending the message that medicine/drugs are the solution to their problems. We have to let kids grow and mature through their difficulties naturally, and we have to do our best as parents to help them with that. Love and an ethical education would do them much more benefit rather than a dependence on drugs and/o medicine.

We can Help Our Kids Without Addictive Medications

We don’t need to medicate our kids. We don’t need to drug them on intensive, high-strength, and life-changing substances, all because they are simply manifesting struggles and difficulties that are more likely the result of a situational disruption or simply a part of growing up.

When our kids do face behavioral struggles or mental strife, we can help them by making seemingly small but still significant changes in their lives. Consider the following tips:

If Your Child Does Become Addicted to Their Meds

Should such a habit come about, your best strategy as a parent is to help them break free from that habit right away, with the help of an addiction rehabilitation program. Such a program will not only help your son or daughter come down off of psychotropics, but such a program will also help them address the issues or difficulties they were having, the issues that they started taking psychotropics for in the first place.

We all know the story of addiction. If we haven’t seen this happen to ourselves or to someone else first-hand, we’ve certainly heard from a close family member or a loved what it’s like for them to watch one of their loved ones struggle with addiction. 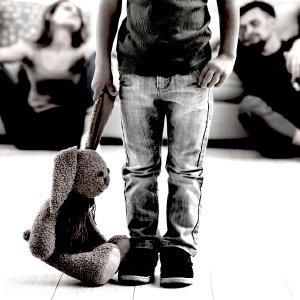