A Counterattack on America’s Opioid Epidemic Rumbles to Life

Across America, families are struggling and suffering from the effects of our opioid epidemic. In millions of households, one or more individuals are compelled every day to find a supply of an opioid like OxyContin, hydrocodone, morphine or heroin and consume it. They risk their lives and their freedom but they feel they have no choice. Mothers and fathers are losing sons and daughters, children of all ages have lost parents—there has been far too much death, loss and heartbreak. Now, there are signs that the resources of America are rumbling to life to fight this insidious enemy that has cost us so much.

What Has the Cost Been?

The most unbearable cost has been human life. Some families have lost more than one person they loved—an intolerable cost. From 1999 to 2016, more than 630,000 people have died from drug overdoses. About two-thirds of those deaths resulted from an overdose of an opioid, either prescription or illicit.

And then there is the financial burden that is shared by all taxpayers. The estimated cost from just the misuse of opioids in 2015 was a staggering $504 billion. This number has increased steadily for the past two decades as the opioid epidemic has claimed more victims.

But just now, we might be on the verge of gaining the upper hand. Definite action by federal legislatures and agencies appear to gaining momentum as they fight back at the causes of this problem.

An announcement by Attorney General Jeff Sessions in August 2018 outlined some of these recent actions. These actions from his announcement in Cleveland and some other recent signs of progress are listed below.

In other recent news, President Trump asked Sessions to bring a major lawsuit against drug companies involved in the manufacture, marketing or distribution of opioids. There are currently more than 1,000 lawsuits filed against these companies by states, counties, cities and other organization like hospitals.

But in June 2018, the State of Massachusetts filed a lawsuit against Purdue Pharma, the maker and marketer of OxyContin. What made this lawsuit unique was that the state’s Attorney General didn’t just file the lawsuit against the corporation. This lawsuit also individually names the company's executives.

The number of deaths from drug overdoses has been increasing for the last couple of decades, dating back to the increase in prescribing of addictive painkillers. Finally, there is a little light at the end of the tunnel.

The Centers for Disease Control and Prevention monitor and report on overdoses deaths on a monthly basis. Every month, you can review the number of overdose deaths for the past twelve month period. A review of these statistics shows that we are starting to see a small downtown of drug overdose deaths.

This chart shows the total number of drug overdose deaths for the prior 12-month period, reported by month.( For the most recent months, the figure is an estimate based on previous trends because not all autopsies and toxicology reports will be complete.)

Yes, this is a small change. What we would all like to see is a dramatic and sweeping change to this situation. Unfortunately, societal changes are not really made this way. It is no comfort to a family who woke up this morning to find they just lost someone they love. But it is a change in the right direction and it should not be ignored. With persistence, insistence and determination, we can, as communities and as a nation, bring these numbers down until we are saving tens of thousands of lives each year. And then we should continue until we are saving all of them. 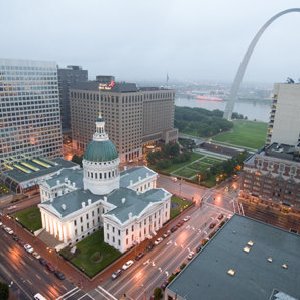