People who start using drugs typically do so because they want to feel good. Whether they are seeking an escape from the stress and pressure they experience in their lives or are looking for new and mind-altering experiences, they want to get high. They want to relax. They want to feel euphoria or elation. Drugs may give them these things in the early stages, but before long addiction sets in. The drugs no longer get the person as high as they did before, and eventually, the person has to use the drugs simply to feel normal and avoid the crushing lows. Life becomes consumed by the addiction, so that every waking moment is spent using drugs, craving them or trying to find the next fix. This is what happened to a young man who recently shared his story.

At the age of 13, he started drinking and smoking pot because he found that he could fit in with a certain social crowd by doing so. He continued drinking and using marijuana throughout high school and into young adulthood after he got married. Gradually, he transitioned from having a few beers with his buddies on the weekend to drinking two pints of vodka on a nightly basis while he sat in his basement, seeking some type of retreat from the grim reality that his life had become. Cocaine ended up being his solution to this problem; it allowed him to maintain a facade of social acceptability by counteracting the effects of the massive quantities of alcohol he was consuming. After trying crack cocaine for the first time at a stranger’s house when he was 25, he descended into hardcore drug addiction, buying crack instead of paying his mortgage and finally losing his wife when she left him. By the time he was 32 years old, the man was abandoned by everyone but his parents and sister, and he was ready to commit suicide.

Stages of Recovery from Addiction

Finally, he admitted that he had a problem. This was his the first step in overcoming addiction. Until this point, he no doubt knew that his life was suffering as a result of the addiction, but he had not yet reached the stage where he was ready to see that the addiction was destroying his hopes and dreams. Next, he had to take the second step and decide just how far he was willing to go to make the necessary changes to overcome his addiction. Many people remain an addict because they don’t want to give up their “friends” or commit to spending several weeks away at an in-patient rehab center. Fortunately, the young man was willing to do what was necessary to salvage his life.

With the help of his family, he researched the available rehab programs and found Narconon. He arrived at the treatment center “a shell of a man,” but with a sincere desire to get better. At the outset of the program, he proceeded to take the next step in the process of getting sober. The Narconon program begins with the withdrawal step to get the addict free from the immediate grip of the drugs or alcohol he or she had been using just before coming to Narconon. Unlike most other programs, however, the physical detoxification does not stop at the end of withdrawals. Students continue on a sauna detox which, along with nutritional supplements, a healthy diet, and moderate exercise, serves to flush out the accumulated toxic residues from years of drug use. In his own words, the man says that he will never forget the day he completed the sauna program, when he “felt like a little kid,” with incredible levels of energy and clarity of thought. As good as this was, however, it was not the end of the Narconon program.

The next step towards recovering from addiction is a series of exercises called Objectives which help orient the former addict to his current environment and frees his attention from a focus on the mishaps and misdeeds of the past.

The student then studies a series of Life Skills Courses to acquire the necessary skills to succeed and cope with the pressure and stress that commonly drive one back into using drugs. Narconon life courses consist of:

These courses helped him to achieve a new perspective on who he is as a person, how his relationships with others have impacted him, as well as addressing the consequences of his or her own past actions, and improving the student’s ability to deal with social situations and conditions. After all, he had spent his entire adult life as an addict and had never developed a personality as a sober individual. His next step in overcoming addiction was to set out on a new path in life.

This final step may be the most important, yet it is often the most overlooked. After all, a recovered addict frequently reaches the end of rehab and asks, “Now what?” After years or even decades of living a life devoted to substance abuse, the person is suddenly left with a void where the addiction used to be. It is necessary to embark on a new goal and a new purpose in life, whether it is the person’s original goal or an entirely original one. A Narconon counselor works with the student to help the student with his or her new skills, knowledge and awareness to put together a plan for the future.

For the young man who had just completed the Narconon program, the answer to the question of “What now?” was to turn around and help others to achieve similar gains to what he had. Now, he works as a member of the staff at a Narconon center, where he helps to salvage the lives of addicts and “send mothers, fathers, sons, daughters, husbands, and wives back to their homes and communities where they can live happy, healthy, productive lives free from drugs permanently.” 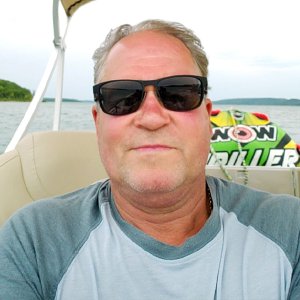