Why Are More Addicts Turning to Crime to Fuel Drug Habits

Some are desperate for their next fix; others are high on drugs but the fact remains that more and more addicts are turning to crime to support and fuel their drug habits.

According to the Bureau of Justice more than 18% of those in state prisons and 17% incarcerated in federal prisons committed their crimes to get money for drugs. In addition to this 26% of violent crimes were committed by someone who was using drugs or alcohol at the time they committed the crime.

Crimes like robbery, theft, fraud, and even rape and murder are committed (in a large percentage) but those under the influence of drugs.

There are many case studies that point out a direct relation to those addicted fueling their habits with crime. They include:

Another study indicates the following:

In this offense, police were waiting, since they had been notified by employees of the first account. As the suspect dashed from the store, prescription painkillers clutched in his hand, a police officer caught him. This happened in a town where 10 other pharmacies have been robbed this year in a place with a population of 250,000.

In almost every one of these robberies the addict asked specifically for certain prescription drugs like Opana which a trade name for oxymorphone a powerful prescription painkiller.

These stories are prevalent online and in newspapers all over the country. And, in one area of the north east there has been a 200 percent increase in breaking and entering involving both vehicles and homes.

Why Addicts Commit Crimes & What Is Being Done

Many police departments say the vast majority of these crimes are being committed by addicts who are trying to support expensive drug habits in a tough economy. Heroin is the substance of choice in some northern towns, but in some southern towns it is prescription drugs where the small pills are causing big problems.

The addicts are stealing valuables to trade or sell for drugs, or they’re breaking into homes just to raid medicine cabinets. Some will even hang out around pharmacies knowing when people are getting their prescriptions refilled and will steal from them directly or from the pharmacies through robberies.

Because prescription drug abuse is the nation’s fastest growing drug problem, the state and federal governments are cracking down with prescription monitoring programs. These programs operate through a database where doctors, pharmacies and enforcement officials can track prescriptions.

In addition to this the subject of prescription drug abuse and drug related crime has been covered in drug rehab meetings as well as with youth through drug prevention.

The battle against addiction continues as old enemies threaten to return to the ring. Patents for Oxycontin and Opana ER expire this year, allowing generic drugs back on the market. 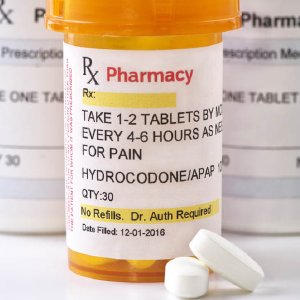