This year, the center was active in promoting the event through the internet, publishing press releases and by posting in blogs and on other channels to make sure that everyone knew about the event and about the broader Red Ribbon Campaign. Though it has a history dating back nearly 30 years now, Red Ribbon Week is still not fully known to many people, and it is important to get the word out to as many people as possible.

Red Ribbon week has its foundations in the aftermath of the brutal torturing and murder of Drug Enforcement Administration agent Enrique Camarena. He was captured and killed by agents of a drug cartel in Mexico. “I’m only one person”, Camarena told his mother when joining the DEA, “but I want to make a difference.” During his time serving with the DEA, he did indeed make a difference, as when the information he provided to the government of Mexico enabled the destruction of a massive marijuana growing operation worth several billion dollars in annual revenue for the cartels. This earned him the wrath of the cartels, and he was killed as a result. In reaction to this outrage, parents and others around the United States began wearing red ribbons to commemorate Camarena and to help raise awareness of the horrible effects of drugs in our society.

As a result, Camarena has continued to make a difference despite the fact that his life was taken so tragically. Now, the Red Ribbon Campaign has expanded to become one of the largest of its kind, and it has reached millions of children with its anti-drug message.

Central to the activities associated with Red Ribbon Week is getting parents to take the Red Ribbon Pledge. This pledge includes making a commitment to talk to children about the dangers of drugs, to set clear rules for children about not using drugs, to set a good example by not using illegal drugs or using medicine without a prescription, to monitor children’s behavior and enforce appropriate consequences, and to encourage family and friends to do the same.

Essentially the Red Ribbon Pledge calls on parents to play a more active role in keeping their children off drugs. Too many parents leave it to school and the media to educate their children about the dangers of substance abuse, and some do little or nothing to let their children know that they are not to use drugs, assuming that it is understood. All it takes, in many cases, is the simple act of taking time to actually talk to your child about drugs and letting he or she know that you don’t approve of them, to make the difference between whether or not your child will end up trying drugs. Of course, it’s not something you can do once and assume it is handled, but it can’t be overlooked either. An act as small as pinning a red ribbon to one’s chest for a week can start a dialogue about this, and if it inspires a parent to do what it takes to keep his or her child off drugs, it can save a life.

Narconon Arrowhead has adopted the tradition of celebrating Red Ribbon Week, and this year they are taking part from the 21st through the 31st of October. The theme of Red Ribbon Week 2014 is “Love Yourself. Be Drug-Free.” 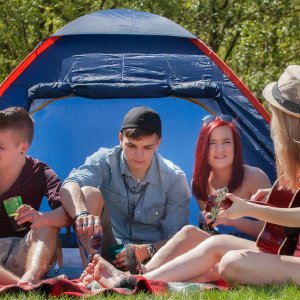