What Does the 49th Anniversary of Narconon Mean to Us?

On February 19th, the Narconon network celebrates its 49th birthday. On this day in 1966, William Benitez made the decision to start a rehab program to be called Narconon. Based on the works he read of L. Ron Hubbard, he founded the first program that was based on raising one’s abilities to where they could overcome their addiction. Soon, with the further guidance from Mr. Hubbard and assistance from many others, the first residential Narconon rehab center was established in Los Angeles.

Now, almost 50 years later, there are Narconon rehab and prevention organizations and groups around the world. More than 38,000 individuals have graduated from this rehab program and without counting those not on record from the early years.

Likewise, we’ll never exactly know how many people have been reached with our drug prevention curriculum. In Russia, one of our drug educators reached more than 250,000 people in six years. In Southern California, one drug ed team reached 100,000 young people last year. And in Nepal, the center in Kathmandu has reached out to more than 650,000 people in person and via radio and television, to educate them on the dangers of drug use.

Tony and his team of drug educators from Narconon Fresh Start spoke with over 100,000 kids last year.

So what does it mean to us to be entering our 50th year of providing new, sober lives?

It means that when we read the news and see stories of young lives lost to heroin, alcohol or other drugs, our resolve to continue to fight drug abuse and do an even better job is strengthened.

It means that when we talk to someone whose son, daughter, sibling or other loved one is struggling with addiction, we have a solution to offer them.

It means that we are proud to be part of the national and international community of professionals and committed individuals who are determined to overcome this destructive force.

It means that we are sworn to never give up, never back down, never sit quietly by while teens are fooled into thinking that a beer or two or a few joints or pills are harmless and will never lead to a dangerous addiction.

It means that we will keep our doors open to those who need rehabilitation and continue to send drug educators out into the community.

As we enter our 50th year, we try to extend our thoughts to the time when we will be entering our 100th year. What will drug abuse be like at that time? Will there be fewer people being harmed by drugs or more people?

If we have anything to do with it, there will be far fewer people addicted to drugs and if drug abuse still exists in our world, we’ll be there to provide a road out. One that doesn’t use substitute drugs, but provides true rehabilitation. Where a person can be free from the struggle to stay sober and enables them to move on and create a healthy, happy drug-free life.

Here’s to another 50 years of sober and drug-free lives.

Narconon International dedicates this 55th anniversary to all essential workers and healthcare heroes around the world. 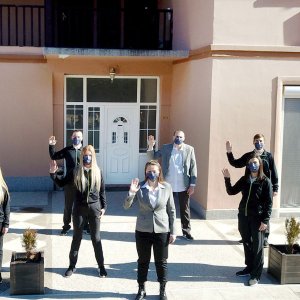 Drugs Throughout History, the Current Drug Crisis, and Why We Need to Talk About It

It would seem that year after year, the U.S. drug and alcohol addiction problem has only grown more complicated and more difficult. It always seems like every time we approach a position where we might be able to overcome this problem, another drug comes on the scene, or another issue makes itself apparent to us. There is almost this feeling that we can't win when it comes to drugs and alcohol.