While cocaine has been around for many decades, abuse of this drug in the US really kicked into high gear in the 1980s. It took a little longer for usage rates to climb in Europe because of the distance from the major cocaine manufacturing countries in South America.

But it didn’t take very long for the damaging physical effects of cocaine to start showing up. The first cocaine-induced stroke was diagnosed in 1977, and the death of basketball star Len Bias let plenty of people know about the damage that can be done to one’s heart by cocaine abuse.

This hasn’t quelled cocaine’s image as a party drug. Celebrity arrests and visits to rehab may continue to give the drug a glamorous allure, despite the health risks. But cocaine’s intense addictiveness can perpetuate the drug habit even when the user knows the risk.

Cocaine Creates Strong Cravings for More of the Drug

While cocaine use in the US and declined from 2005 to 2012, it steadily increased from there to 2016 where 1.9 million Americans were using cocaine.

Both crack cocaine and powder cocaine retain their customers by creating intense cravings that drive users into repeated use of the drug. Powder cocaine may be consumed in binges where the user keeps using cocaine over and over again for days until they run out of money, drugs or the physical ability to keep on going.

Trying to withdraw from cocaine use can generate withdrawal symptoms such as exhaustion, paranoia, suicidal thoughts, anxiety and intense cravings, creating a formidable barrier to sobriety. Rehab for cocaine addiction must provide support for the person in withdrawal to get them safely through this period. The Narconon drug rehab program, located in dozens of centers around the world, offers a holistic rehabilitation program that provides those addicted to cocaine with a strong hope of lasting sobriety.

Narconon Long-Term Rehab Enables One to Overcome their Cocaine Addiction

In order to help a person achieve lasting sobriety, the reasons a person began to abuse drugs must be addressed and handled. In the Narconon drug recovery program, a person has the time and the guidance to repair the damage done by addiction and build new life skills.

When safely through this phase, each person furthers their recovery by completing the intensely therapeutic Narconon New Life Detoxification, one step of the larger program. This program utilizes a low-heat sauna, a strict regimen of nutritional supplements and moderate daily exercise to activate the body’s ability to eliminate toxins left over from drug use. These toxins are attracted to a body’s fatty tissues where they tend to remain until the right conditions exist to be flushed out. This is what this drug detoxification provides – the exact help the body needs to flush these old residues. When the residues are gone, those completing this step state that they feel brighter and more energetic, that the dullness of the years of drug use is gone and that their cravings have gone with it, in most cases.

This step is followed by a series of exercises which help extrovert and orient the person in his or her present-time environment, rather than being stuck in the problems and upsets of the past.

But cocaine addiction rehab is not done until a person learns how to choose a sober life over drug use, no matter what challenges are faced. Treatment continues at a Narconon center by guiding each person through the life skills training that keeps them safe and sober once they get home.

Narconon can be the answer you need for someone who is struggling with cocaine addiction. Contact a counselor to find out more about the Narconon program and why it is so effective.

Cocaine can also accelerate the buildup of plaque inside the arteries, leading to atherosclerosis. Direct damage to some types of heart muscle cells can lead to cardiomyopathy, where the heart becomes abnormally enlarged, thickened or stiffened, leading to less efficiency. 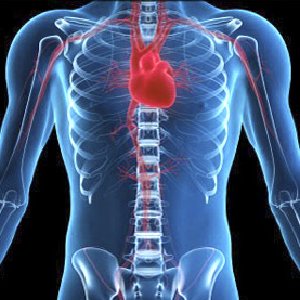 While Crack Cocaine Initiates Have Dropped, this Drug is Still Ruining Lives 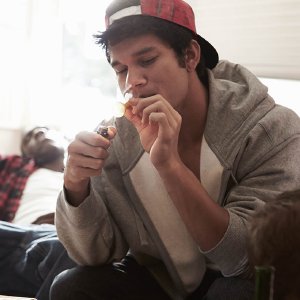