It’s one thing to talk about the problem and completely another to define the solution. Many voices are in agreement that abuse of opioid drugs has hit an all-time high. But few voices define a solution that will have a better result than that which is offered at the moment.

Many drug rehab programs define success as retention or someone who stays in or completes a rehab program. This is one of the defining principles behind the administration of a methadone or buprenorphine-based treatment program for opiate addiction. Both methadone and buprenorphine are opioid drugs (similar to opiates) and both are addictive. They are given over a long time period to keep people from using street opiates like heroin or synthetics like prescription painkillers.

But can it be a success when the person being treated in this manner still is taking a drug every day? He or she does not learn sober living skills, does not get to achieve the feeling of being uninfluenced by drugs. Besides this, some people who take methadone or buprenorphine still abuse illicit drugs.

Another pattern of treatment is a series of drug rehab meetings. There are meetings in thousands of towns around the world. Those using this form of rehab normally attend meetings on a concentrated schedule, for example, one meeting a day for 90 days to start. Then sometimes more than one meeting a day as needed. These programs normally teach a person to deal with one sober day at a time.

This type of program does provide support for the person who is trying to stay sober and who needs that continued support in order to achieve sobriety. But if there were a way to generate true sobriety, where the formerly addicted person had recovered from the addiction and no longer wanted drugs, this would define true success.

For more than fifty years, Narconon drug rehab centers around the world have offered a way to end addiction. In dozens of locations, those who were addicted when they enter, leave without a desire to use drugs. It takes longer than just 30 days of a short-term rehab to rebuild a life that was dismantled and destroyed by addiction. Most people, by the time they get help, have been addicted for years, sometimes for decades. By this time, there is little left of personal integrity, honesty, and self-respect. There is no ability to steer a life in a drug-free direction. These skills must be learned and self-respect must be restored for a person to trust himself and for others to trust him (or her) again.

The Narconon drug and alcohol rehabilitation program achieves this result through several phases of recovery. From a deep detoxification program that uses time in a sauna to cleanse out old drug residues, to the recovery of clearer perceptions, to the restoration of a personal moral code to guide one’s actions – the Narconon program is completely based on the result of a person who no longer wants or needs to use drugs or alcohol. One who knows how to manage the points of life that used to trigger cravings. One who can create and achieve goals.

When life can be enjoyed and family can be treasured again, there is no reason to use any addictive substances. This is the result for the majority of those who graduate from the Narconon rehab program. 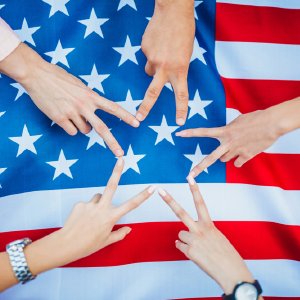