Should the Legal Drinking Age be Raised to 25?

In the last few years, new studies have shed light on the age that young people reach physical maturity and it’s not 18. It’s also not 21. It’s 25. Numerous scientists studying the effects of alcohol or drugs on teens and young adults have made the statement that physical maturity, especially of the brain and nervous system, does not occur until a person reaches 25.

While a person is still growing and developing physically, it’s understandable that drugs or alcohol could have a more profound effect on the body than when they are older. After all, when alcohol or drugs are used during pregnancy, the effects on a rapidly growing baby can be severe. Effects such as the following are possible:

Cocaine: Miscarriage due to shutoff of oxygen to the baby, greater risk of premature birth, smaller heads and brains, defects to hearts, kidneys, brains, arms or legs.

Alcohol: Babies born to a mom who drank may suffer from FASD—Fetal Alcohol Spectrum Disorder—a combination of symptoms that include physical changes, smaller brains, learning and behavior problems, heart defects and problems with muscle tone and coordination.

If it’s true that young adults through the age of 25 are still developing, then it could certainly be possible for alcohol and drugs to have a more profound effect on them than it does on older adults. This theory seems to be supported by recent studies involving teens and young adults.

A recent Wall Street Journal article about the effects of alcohol on young brains noted that “from a neuroscientist’s perspective, the brain isn’t fully developed until age 25 and can exhibit these negative effects of alcohol consumption until then.” Similar damage to the brain was found in young people between 18 and 25 who participated in a 2014 study. These young adults used varying amounts of marijuana and the changes in their brains were tracked by performing scans. Even the light and occasional smokers developed abnormalities in their brains. This study came from Harvard and Northwestern Universities.

Another study of marijuana use from the University of Wisconsin-Milwaukee revealed this result: “A close look at the under-25 age group shows cognitive decline, poor attention and memory and decreased IQ among those who regularly smoke pot, defined as at least once a week.”

So What About that Legal Age to Drink?

So this raises the question—should the legal drinking age be raised to 25? Given the science on physical development that has been published in the last few years, perhaps there should be a more informed conversation on this subject to determine if legislation changes should follow.

No matter what the legal drinking as is, young people should be informed what the risks are. Anyone drinking alcohol, using medication they get from a doctor or illicit drugs they got off the street deserves to know what they are getting into. If there is a strong risk of causing significant physical damage from alcohol or drug use during the time that our young people should be getting their education and making plans for the future, they should know about it.

Alcohol—The Most Addictive Drug in the World

When people hear that alcohol is the most addictive drug in the world, their instantaneous response is usually one of disbelief. Most people do not believe this to be true, because after all, everyone drinks, right? Certainly, except for perhaps cigarettes, and maybe sugar or coffee, alcohol is the most commonly used substance that could be considered to be addictive.

Most people understand that consuming alcohol dulls the senses. What is less well known, however, is that drinking alcohol to excess can, over time, cause permanent damage to the senses. 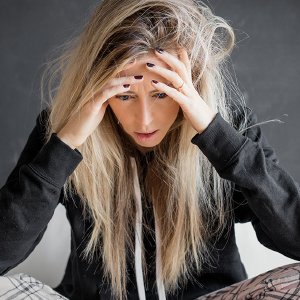